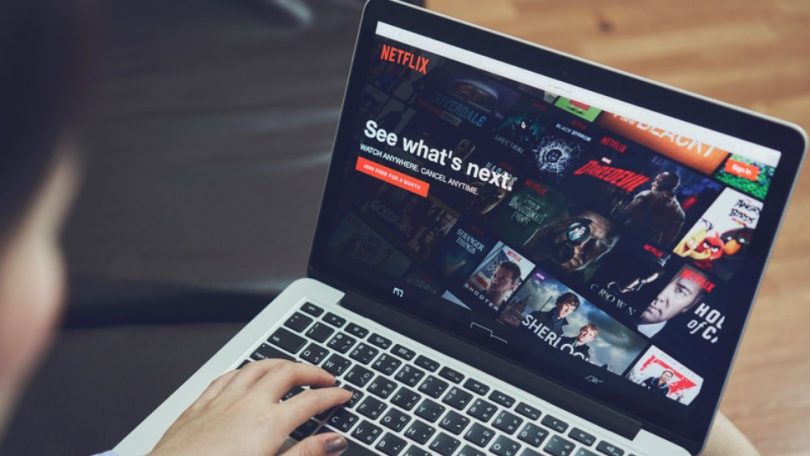 Don’t we all love to just chill and flix? Well that term came from nowhere else but our very own Netflix. This one has become so popular in recent times that people have stopped watching normal Tv. The reason behind the enormous popularity are the great shows that come up every day on Netflix. The people behind it make sure that only the best content is put up for us to watch.

Every month we see that Netflix brings in so many great new shows along with many old ones. You can check what is coming your way every month and have your couch and popcorn ready to watch it all. We have narrowed down a few of the best shows that Netflix has.

Don’t we all love supernatural? Supernatural is the world many of us dream of and shows like Chilling adventures of Sabrina turn it all into reality. Actually, the show is way more than that. It’s about a girl who is battling with her dual nature of being a witch and a mortal. It’s not easy having dual lives and especially when both lives are miles apart.

The fun lies in the way Sabrina tries to manage both of these lives and also trying to save everyone and herself from forces battling against her. It’s all about fighting one’s own nature and using it to fight against what threatens you and your dear ones.

THE HAUNTING OF HILL HOUSE

Netflix is full of shows that literally won’t let you sleep at night. If you feel lonely, watch this and you won’t be alone anymore. We have seen a lot of horror movies and shows but nothing compares to this one. It throws light on the lives of Crain family members who lost everything to a house, starting from their mother and the show ends with the house taking a lot from them again. It’s not the ghosts inside that haunts them, it’s all in the house itself. The show starts with, “whatever walks there, walks alone.” And you already get a hint of things coming your way. Truth is you will go crazy trying to figure out what’s happening, one moment you are in the past and one moment you are in the present which is how the characters also feel. You will feel every inch of the terror the characters have felt in that house.

Usually, very less people find science fictions interesting or so we assume. This one isn’t like that at all. Black mirror shows us the reality and the near future that we might and how dark it actually might be. In this show, science has completely taken over our lives and technology is what we humans stand for. Some people are so obsessed with this show, they are using Netflix coupons just so they could watch this show. Each episode of this show puts focus on various aspects in which technology is killing our brains. Each episode will be different and it will play with your brain in a different way.

READ  The Work of a Nation - The Center of Intelligence

As strange as the name is, so is the show. What exactly the show is truly in the name. Set in a town in 1984, in the show we will see how weird things start happening when a boy disappears and how things just escalate from there on. After that, there is no stopping anything. It mainly centres around four friends and their families and how one of them disappears and goes into another realm.

You will actually see strange monsters on your screen when you watch which might haunt you during the night. It gets a little scientific sometimes but it is not entirely a science fiction but more of a combination with horror. You will see lives going up and down and a poor mother just waiting for her sweet boy to come home.

If you want a cheesy show to watch with bae and just snuggle, there couldn’t be anything more perfect than this one. It’s right in the name of the show. The adorable couple in this show is played by the very talented Paul Rust and Gillian Jacobs, who without a doubt make an adorable couple. You can see them loving each other, fighting with each other and again making up because that is what you do in a relationship.

You will find yourself saying ‘aww’ a few times and maybe crying with them too. At some points you will laugh at their stupidity too. It is the perfect entertainment when you want a light-hearted show to just cheer you up or restore your faith in love.

Its true that the devil lives among us. Matt Murdock in the show is the man living normally as a lawyer but no one knows he is the daredevil who most criminals fear. Above that he portrays as a blind human who sees nothing but in true sense he is the vigilante who sees everything. Three seasons have already been released and the show has nothing but positive reviews from the audience. For the ones who are huge fans of the marvel universe, this is your show. Everything in it is based around it and two spin offs from this have already been released. Underworld fears the vigilante and he is no less than any other superhero that you might have encountered till now.

American teen drama is the best kind of genre to watch. It has all the great parts of high school that make you go back to those good days that you spent with your friends. This one is based on the novel that came out in 2007. It starts with a girl committing suicide and you are made to go through why it happened and how it happened. You will find yourself so attached to the girl, Hannah Baker, who committed suicide that it almost brings you to tears.

The second season shows Clay Jensen being haunted by Hanna dying as he is the one who discovers why she is dead today. The horrors, the drama, the fun and everything else makes you jump every time something exciting happens.

All of these shows are definitely worth watching and worth spending your time. Some people might even get addicted to it all. So, take a pick at your own risk.