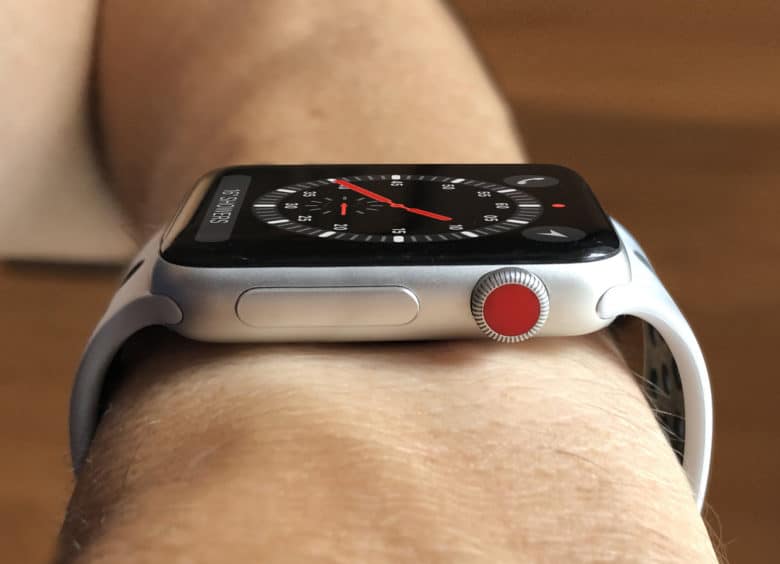 In the last few years Apple, Samsung and other tech giants like Motorola have tried their best to make their smartwatches more and more attractive for their consumers. But while they tried their best, a lack of direction has led them nowhere in this category. The Apple Watch Series 3 was perhaps the first smartwatch that caught our attention thanks to its ability to leave the iPhone behind and great hardware improvements. And that created a big hype and excitement for the Apple Watch Series 4. But did it manage to live up to this expectation? Let’s find out.

And while you are at it, you can check out these Best Buy coupons for some exciting deals and discounts on the Apple Watch Series 4 and many more products.

The Apple Watch series 4 has managed to bring a lot of changes and perhaps the most significant of them is the new displays. The displays are now much larger than previous generations. You can choose between 40 mm and 44 mm models. The bezels are way thinner but still very much prominent. Apple has also opted for rounded edges instead of the square body of the Series 3. All of these have allowed the Apple Watch series 4 to use more display area and even the smaller 40 mm Series 4 display actually looks bigger than the 42 mm display of the Apple Watch series 3.

The watch faces have always been the coolest feature of a smartwatch. And in the Apple Watch Series 4, you get a huge pack of them. It almost feels like these watch faces are designed to highlight the bigger screen in the Series 4. But once again you get no watch face store and you can not use any 3rd party watch face. The infographs are perhaps the biggest highlight of the available watch faces. While it gives a ton of information and looks pretty cool, it can be a bit too much overwhelming for some users.

A lot has changed in terms of the design in the latest Apple Watch Series 4. The body is now slightly thinner than the Series 3. The back casing is now made of ceramic instead of metal for better signal reception and better LTE performance. The bulky big red button on the Series 3 is now gone and it has been replaced by a more stylish digital crown. The crown also uses impressive haptics to make your experience feel more realistic.

And if you are thinking about upgrading to the Series 4 but not sure what to do with the previous Series 3 bands, then we have a good news for you. Even with the change of design, Apple has somehow managed to keep the bands same in size. This means that you can easily pair up any of your old bands ( including those manufactured by third parties ) with your new Apple Watch Series 4.

The Apple Watch Series 4 also comes with LTE support and you are still required to shell out extra bucks to your carrier. The microphone has now been shifted to the side of the watch to provide more accurate calling experience. The speakers are slightly louder than the previous generation and you don’t really have to bring your wrist close to your ears to listen to a call anymore. There is also a new walkie-talkie feature available which lets you talk to your friends but we don’t see much point of having this feature.

The Siri experience has not changed a bit. While it stays very much useful and helpful, the errors are still present in this latest Apple Watch.

Apple has worked hard in the Series 4 to make it more comparable to fitness-focused smartwatches such as Fitbit. Almost all sensors are upgraded and a whole new optical pulse sensor has been introduced in this model. All these changes have made the device more sensitive which means you can now get more accurate health data than ever before.

It now also comes with an ECG sensor which can completely monitor your heart beats and the watch can actually notify you if there is any abnormality. The data can be shared with a doctor and you can prevent a big tragedy by simply keeping the watch tied to your wrist.

There is also another very useful feature named ‘fall detection’ It can detect if the user has fallen to ground or moving in an unnatural manner. You can set the watch to automatically notify emergency services if it does not get any response to its alarm 15 seconds after it has detected a fall.

Battery life has also improved since the Apple Watch Series 3. The specifications released by Apple claims the device to run up to 18 hours on a single charge but for a moderate to low user, it can easily last up to 2 days straight. However, for a heavy and consistent user, the battery life may not be much impressive.

The Apple Watch Series 4 comes in a number of variants with different price tags. Check out the table below.

How to buy the Apple Watch Series 4?

The Apple Watch Series 4 is perhaps the most complete smartwatch ever and if you are into these gadgets, we highly doubt there is a better alternative. It can also be very useful in emergency situations and can keep track of your health. But just like its predecessors, the Series 4 also comes with a huge price tag. So, in the end, it really comes to you if you wanna shell out a lump sum for this amazing device.