If you are involved in a business which involves moving an over-dimensional load, it is an extremely challenging task. It will require a team of laborers to carry it on the road and deliver it to the desired location. So, you must hire an experienced heavy haulage company which has the requisite equipment and vehicles to transport such hefty items. The company should have expert drivers who can properly distribute the loads on the trailers and finally secure the heavy loads for the purpose of travelling. Next, the company should also be adept in preparing the logistics. Right from planning the route, chase car assignments, to the traffic plans, they should work on all these factors to ensure a successful over dimensional transport. After mapping the best route, they should work on getting the state permit. The process of application might take months but it will depend on the state where you will be travelling with the load. 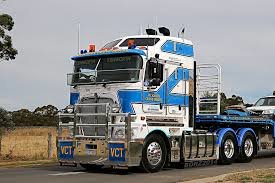 Now before you choose the company offering various kinds of heavy haulage vehicles or other machinery like the crane or the tilt trays Melbourne or other parts of Australia, you need to make sure they have the sufficient vehicles for this kind of a purpose. So, you must know the different types of over-dimension transports that are used for this purpose. Here, we have discussed some of them. Take a look.

There are standard sized vehicles like a rigid and sturdy truck which can also be used for carrying over-dimension loads. Although these cannot exceed the standard dimension limits, these can also be used to transport a long load or an overwidth tank. These vehicles are used when the load is indivisible and must be loaded in a particular way which will reduce the width unless the height and instability of the load necessitate the transportation of the load sideways. A standard vehicle can transport more than over dimension load if the load is not wider than 2.55 meters and are loaded side by side or are higher than 4.3 meters when loaded one above the other or are not longer than the standard length or the rear overhang limits if loaded one behind the other.

There are a few other specialized over dimension vehicles. The mobile cranes, snow ploughs, forklifts, or chip spreaders, are all under this category. These vehicles are specially designed to transport the overweight loads. It can exceed the standard vehicle limit if the main purpose of the vehicle is to serve a special function which requires an over-dimensional equipment and if the equipment is dismantled, it can affect the stability of the vehicle for its intended purpose and the dismantling will also be quite time-consuming. These vehicles can transport a divisible load but it cannot exceed the maximum standard dimension limits.

So, quickly look for such a company which can give you this kind of a variety and go ahead with your business operations smoothly.

READ  Book a Limo to Discover the Discounted Car in Toronto